The Clarke Award and THE Shadow.


If you haven't been paying attention (!!!) the Clarke Submission list is here.
All the Shadow Clarke info can be found here. I recommend reading all the individual posts, shortlists AND the comments!
All the Shadow Clarke shortlists have now been submitted.
With nine jurors choosing six books each we could have had a maximum of 54 novels. In the end we have 27 – not a bad spread! They are:
The Power — Naomi Alderman (Penguin Viking) 3
Songshifting — Chris Bell (wordsSHIFTminds)
Good Morning, Midnight — Lily Brooks-Dalton (Wiedenfeld & Nicolson) 2
The Destructives — Matthew De Abaitua (Angry Robot) 2
Zero K — Don DeLillo (Picador)
The Many Selves of Katherine North — Emma Geen (Bloomsbury) 3
Ninefox Gambit — Yoon Ha Lee (Solaris)
Graft — Matt Hill (Angry Robot)
Europe in Winter — Dave Hutchinson (Solaris)
The Fifth Season — N.K. Jemisin (Orbit) 2
A Field Guide to Reality — Joanna Kavenna (riverrun) 4
The Man Who Spoke Snakish — Andrus Kivirähk (Grove Press UK), translated by Christopher Moseley
Death’s End — Cixin Liu (Head of Zeus)
Infinite Ground — Martin MacInnes (Atlantic Books) 2
Empire V — Victor Pelevin (Gollancz)
The Gradual — Christopher Priest (Gollancz) 3
The Trees — Ali Shaw (Bloomsbury)
The Core of the Sun — Johanna Sinisalo (Grove Press UK) 4
Hunters & Collectors — M. Suddain (Jonathan Cape)
Occupy Me — Tricia Sullivan (Gollancz) 2
Fair Rebel — Steph Swainston (Gollancz) 2
Central Station — Lavie Tidhar (PS Publishing) 4
Radiance — Catherynne M. Valente (Corsair)
The Underground Railroad — Colson Whitehead (Fleet) 5
The Arrival of the Missives — Aliya Whiteley (Unsung Stories) 2
Azanian Bridges — Nick Wood (NewCon Press) 2
The Lost Time Accidents — John Wray (Canongate)
Notable books that have missed out on Sharke discussion? Maybe these:
All the Birds in the Sky — Charlie Jane Anders (Titan)
Daughter of Eden — Chris Beckett (Daughter of Eden)
The Wolf Road — Beth Lewis (Borough)
The Corporation Wars: Dissidence — Ken MacLeod (Orbit)
Into Everywhere — Paul McAuley (Gollancz)
This Census-Taker — China Miéville (Picador)
After Atlas — Emma Newman (Roc)
The Sudden Appearance of Hope — Claire North (Orbit)
Revenger — Alastair Reynolds (Gollancz)
Underground Airlines — Ben Winters (Century)
Of the 37 books here I’ve read 16 so add in a few extras for various reasons and that leaves me about 25 to read before May 3rd when the shortlist is announced. I won’t read that many as I have too far too much else to read and do so I’ll have to prioritise.
How many? Will I do it? Will I stop caring? I’m not sure.
I’ve read quite a few of these books over the last 2 weeks and my sense so far is that I’ve read some good books – thete are lots of good things about the Sinisalo and the Kavenna is excellent - but nothing as remarkable as those I read last year – like Whitehead, Tidhar and Whiteley. [I’d add Swainston to those three but I haven’t got to Fair Rebel yet] 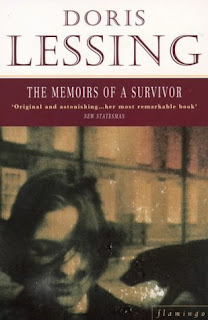 Part of the problem perhaps is that I have been reading other remarkable novels in 2017: older classics from Penelope Fitzgerald, Doris Lessing, Muriel Spark and Alan Garner plus contemporary stuff from Han Kang and Dana Spiotta. These novels manage to be uncanny, weird, complex and profound in ways that leave those others severely wanting I’m afraid. That is vaguely disappointing perhaps, but it’s the process - of making me think through more closely than ever why I’m reading, what I value, and a variety of issues surrounding genre fiction – that is proving to be key.
I’m really looking forward to all the posts and discussions from the Shadow Clarke jurors.